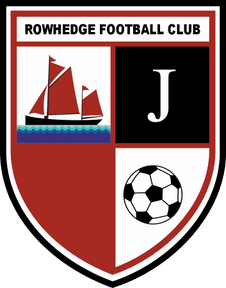 Get your Football ON!

Rowhedge Juniors Football Club (RJFC), aka 'The Hedge' was founded in the early 90’s.

The Club’s home is located at the heart of a small village called Rowhedge. Rowhedge is situated on the outskirts of Colchester, Britain's first city and the former capital of Britain.

All of our teams (U7’s upwards) play in the Colchester and District Youth League (CDYL) and our girls team play in the Essex FA County Girls League.

RJFC is a chartered FA club and is also affiliated to the Essex County Football Association.

We want to hear you!

Got something to say, feel free to use one of the contact methods below:

Message us on WhatsApp